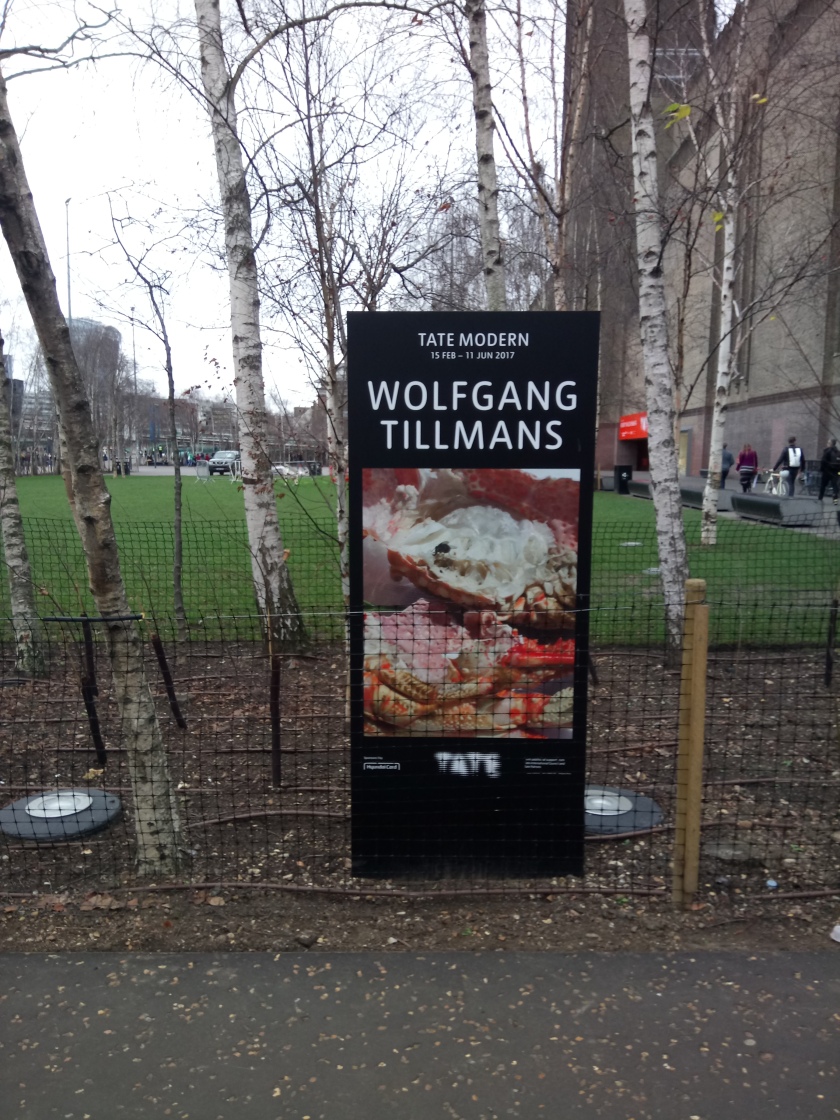 Wolfgang Tillmans is a contemporary artist creating photographic images that range from still life to political activism. I went with my class to the Tate modern along the Southbank to specifically see the Tillmans exhibition.
Upon arrival we were told that Tilmans is very hands on when it comes to how his work is displayed and placed so we should expect that there would be some sort of flow between the rooms and that we would be following a story in images, maybe we were but we just didn’t know what the story was?

The more I explored the more I warmed towards Tillmans, I got a sense that he was just a photographer that documents the world as he sees it and doesn’t conform to how anyone else wants him too.

There were some pieces I preffered over others and I still don’t get the way he chose to display his work but was really impressed with the sheer amount of work he has managed to produce, particularly in magazine and book publication. 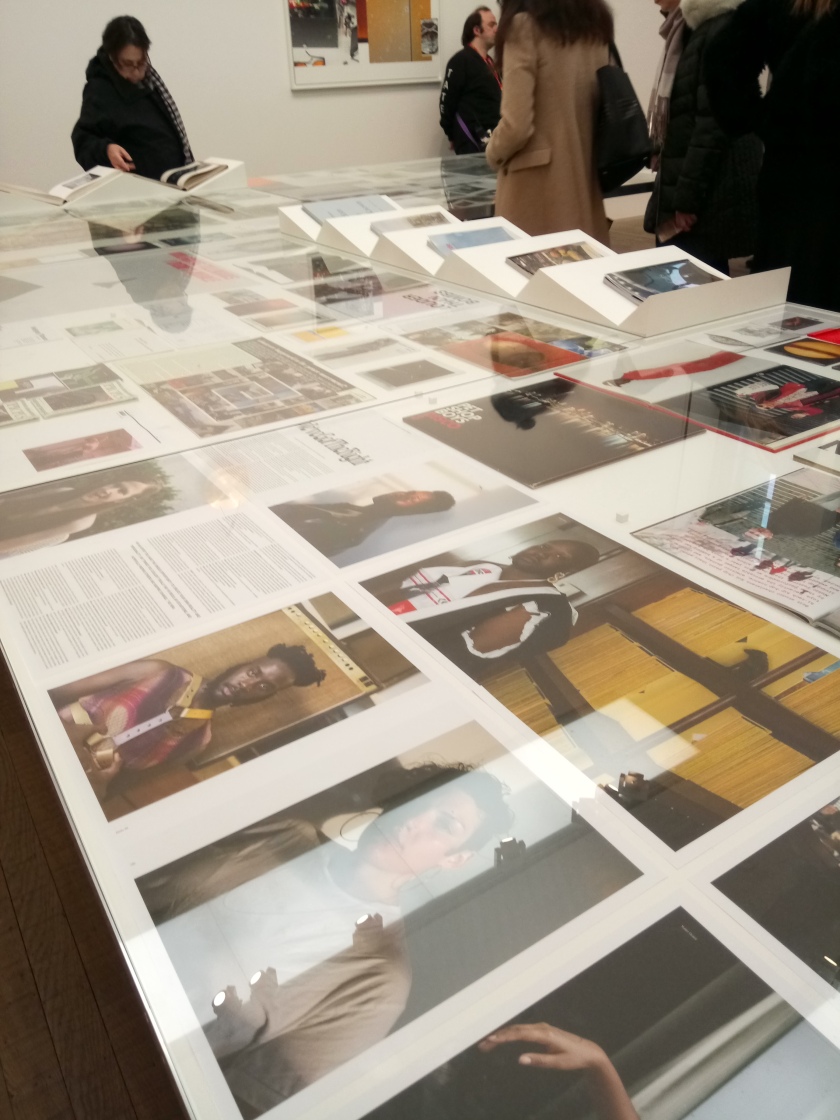 One of my favourite prints was the detailed yet simplistic image of a mans neck. I think it is really striking, perhaps its because of the way he chose to print it in such a large format.

I left the exhibition feeling really inspired, I sometimes worry that I don’t have a particular style or photograph within a certain genre but after seeing Tillmans success I think it is more important to just create work and enjoy doing it.
Are you a fan of Wolfgang Tillmans? If so visit his exhibition at Tate modern until 11th June. Entry to Tate modern is free but tickets to this exhibition are £12.50 unless you are a member.

12 thoughts on “Wolfgang Tillmans at the Tate”