The Imperial war museum in London has been housed in the previous Bethlem hospital since 1936 but has in recent years undergone a £40 million revamp. The museum records the civil and military war effort and sacrifice of Britain and its Empire since 1914 and has some spectacular displays on show.

As you enter the museum you are faced with the wide open atrium filled with all sorts of vehicles and aircraft hanging from the ceiling and over the sides of different levels. 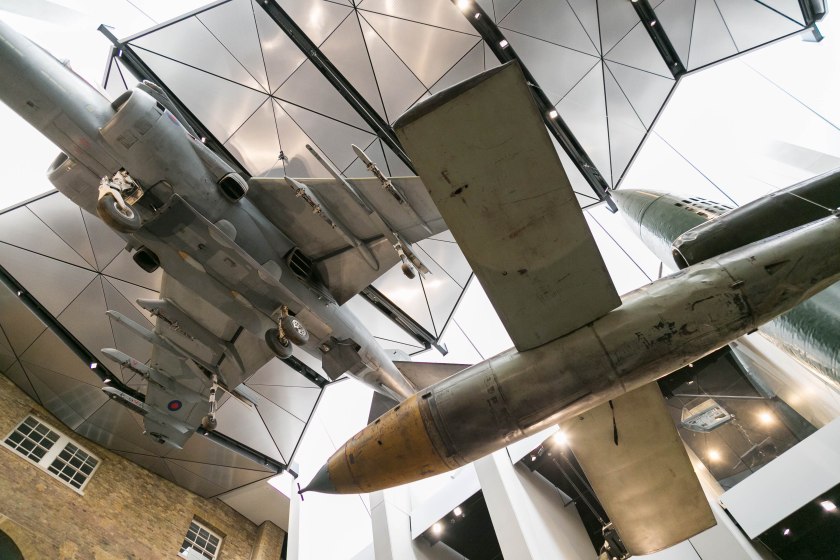 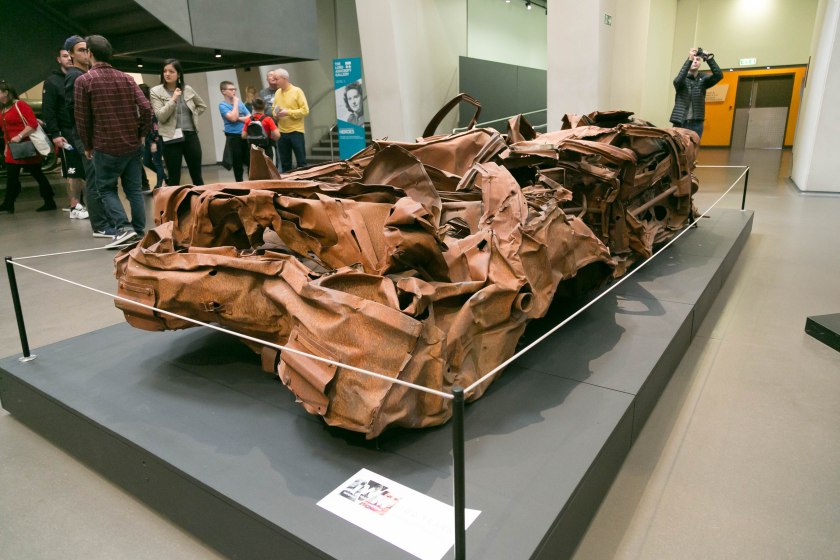 The museum is divided into different sections across four floors and it is suggested that it takes half a day to work your way around all the galleries.

I really wanted to see the holocaust exhibition and was really blown away by the size and vast amount of information in the one section, it is like a museum in itself! Unfortunately you can not take photos in this particular exhibition but it is filled with photos, personal stories, posters, models, film and so much more. Children under the age of 14 are not allowed in but this is understandable with the sensitive nature of the subject.

Another part of the museum I perused was the first world war section. It was a lot busier downstairs so was hard to take in a lot but still contained lots of eye catching displays and interesting facts. 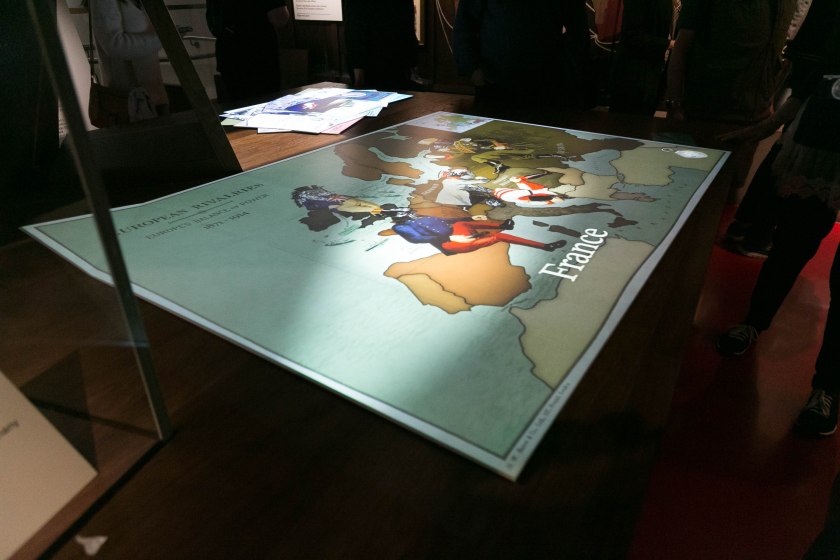 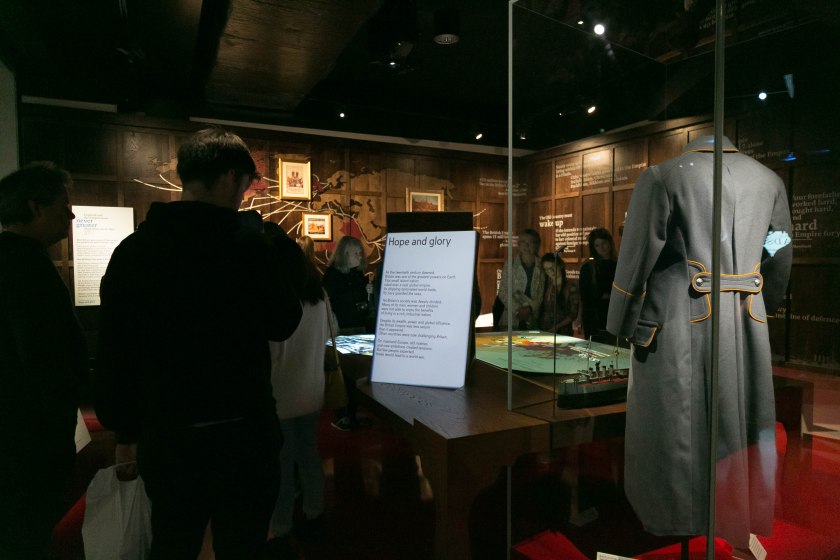 I spend a lot of time in Elephant and Castle as I attend university there so found this painting really interesting.

If you are a history buff or student learning about the wars then this is a great hangout and it is also set in beautiful grounds with interesting architecture which complement an autumn stroll perfectly.

There was an error retrieving images from Instagram. An attempt will be remade in a few minutes.