During my recent trip to Brighton for a family wedding I stayed at the Imperial hotel which is situated further down from the hustle and bustle of Brighton seafront but still a stones throw from the beach at Hove.

I stayed with my mum and daughter and we had a room with three single beds. On entering the room we were met with a strange musky smell but were pleased that we were not all cramped into a small space as the room was quite spacious and we quickly opened the windows for some fresh air. The décor seemed to be stuck in the 80’s and I new it needed updating when my mum declared that she liked it and would decorate her front room the same way! 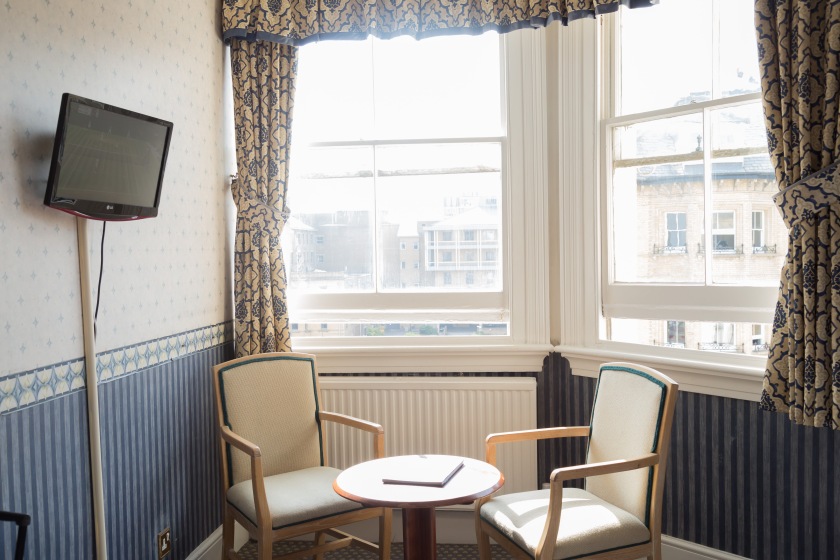 The beds were comfy and there was a nice little seating area by the window which was lucky because the TV was tiny in comparison to the room and was hard to see from the beds so if we wanted to watch anything it was easier to sit there. The view from the window just overlooked other buildings but if you opened it up and leaned out you could just about see the lapping waves of the sea. 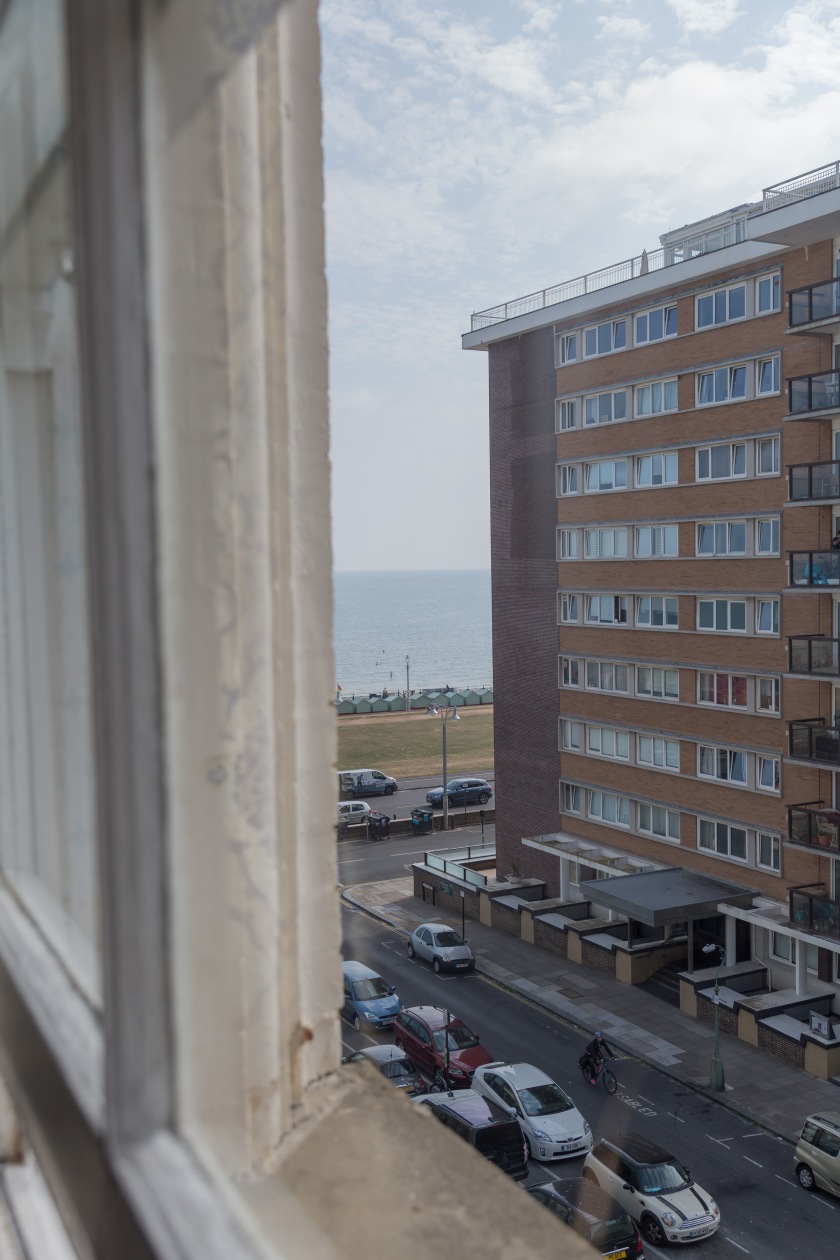 During my past stays in hotels I have chosen to stay in the more well known chains such as the Sofitel in Paris, The Hilton Garden inn in Manchester and the Crowne Plaza in Amsterdam and I have complained that they don’t seem to have much personality but during this trip I actually missed a lot of the amenities that I have previously experienced and for all around the same price brackets. I wouldn’t say the Imperial was particularly comfortable in the sense of luxury that I had at the Sofitel and when I went to look for the iron (I never usually take advantage of the iron but had a particularly creased dress) I realised there wasn’t one and had to ask at the desk, they bought one to the room with an ironing bored but it was very basic and didn’t do a great job!

I knew that my mum would drink as much coffee as me and I usually use all the little long life milks sachets in one cup (which still doesn’t provide me with my usual milky coffee) so I bought a pint of milk on the way and then realised there was no fridge in the room (even though there was plenty of room for one) so we had to finish it all off before it started to smell. It wasn’t particularly hot in the room and with it being and old building I wasn’t expecting it to have built in air con, like I have had in other hotels, but it would have been a nice touch to have a fan available for the muggy evening air. Another thing missing was a hair dryer which was apparently available at a price!

The bathroom lacked any sort of décor, it was pretty basic and could have done with having a fan as it was particularly stuffy and hot after a shower and needed to be aired out a bit before the next person could use it, but it had clean towels and running hot water. 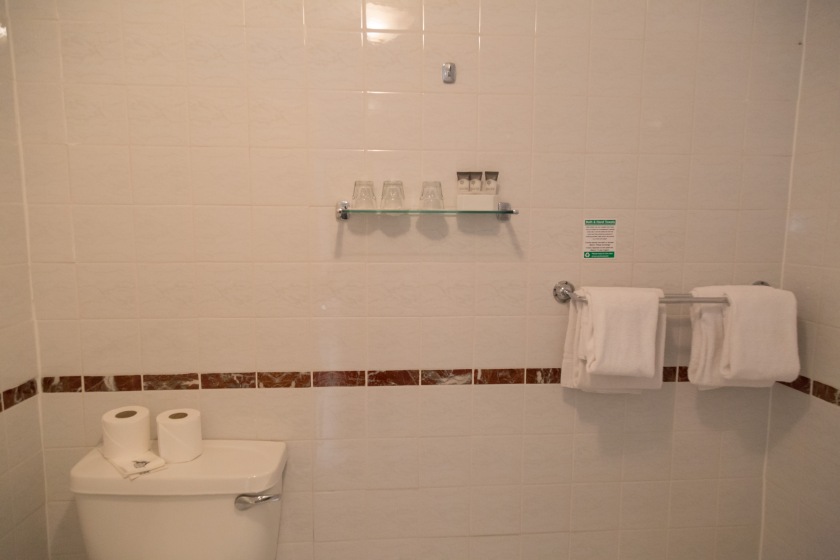 The rest of the hotel was pretty much the same as the room, lots of clashing colours and patterns but quite spacious if you wanted to hang out. We didn’t really make use of the bar or restaurant available as we were out most of the time but as we were on the third floor we did have the pleasure of using what can only be described as the worlds smallest and slowest lift. 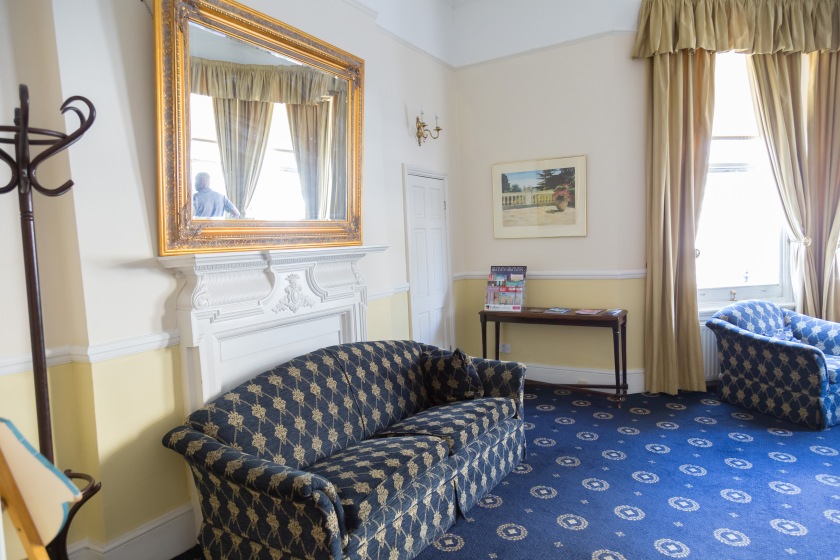 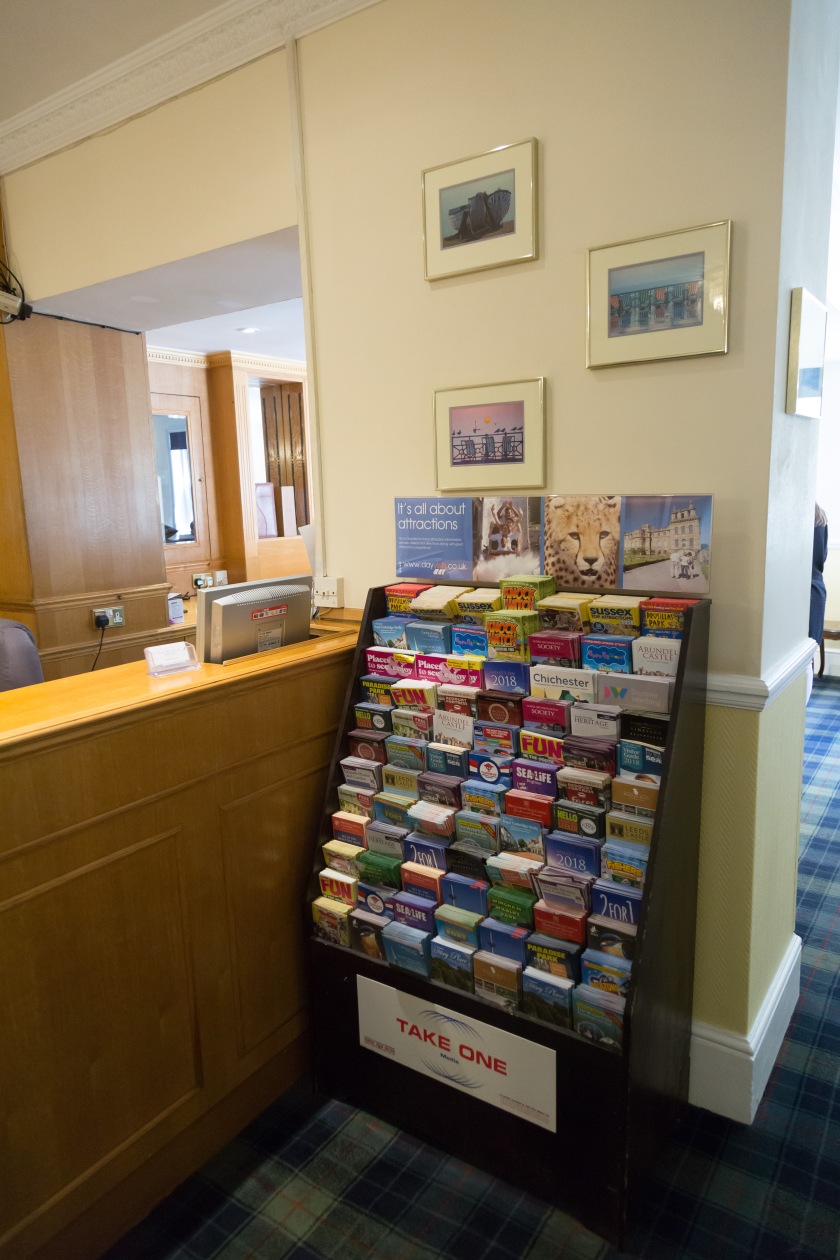 We didn’t particularly find our stay sumptuous and there was no grandeur to the Imperial hotel but we did sleep well and the staff were very friendly and helpful. There do seem to be hundreds of hotels in the Brighton area and would probably look for somewhere a bit more contemporary should I visit Brighton in the future.

If you are visiting Brighton at any point, check out my post on 13 things to do along the beachfront.

5 thoughts on “The Imperial Hotel – Brighton”

There was an error retrieving images from Instagram. An attempt will be remade in a few minutes.