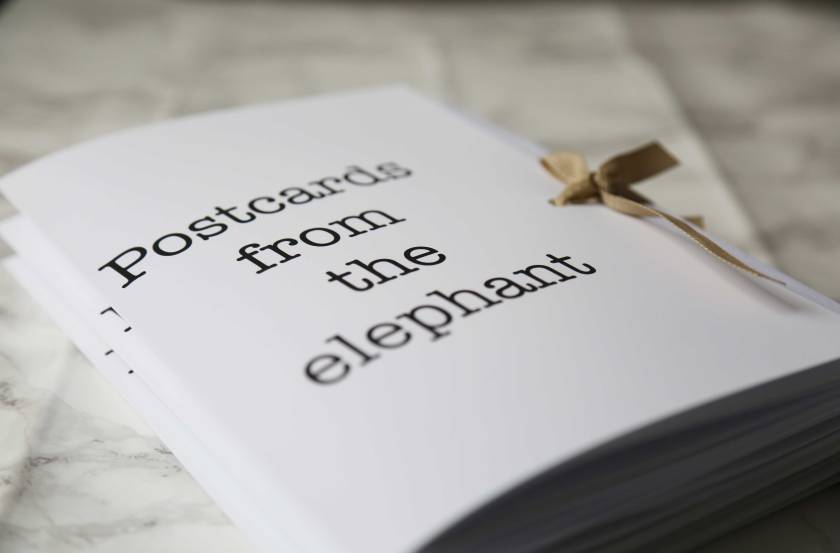 As part of one of our university modules we were required to make a photobook. This involved

My university is situated at the heart of SE1 in Elephant and Castle. The area is undergoing major changes with new buildings popping up all over the place and plans to knock down the shopping centre in the not so distant future. In the past couple of years I have already seen lots of changes such as the roundabout having a complete overhaul but the future plans seem really extreme and the word on the street is that it will become the new time square, surrounded by high rise blocks and hotels.

The idea for my book was to just capture little snippets of what Elephant and Castle look like now because lets face it we’re all quite sentimental about how things are now and not so susceptible to change. We like to look back on how our area was in ‘our time’ so I thought this would be memorable keepsake for the people that have a connection to Elephant and Castle as it is now. I have a few quotes from local people about their thoughts on the changes in the area and think they accompany the pictures well. 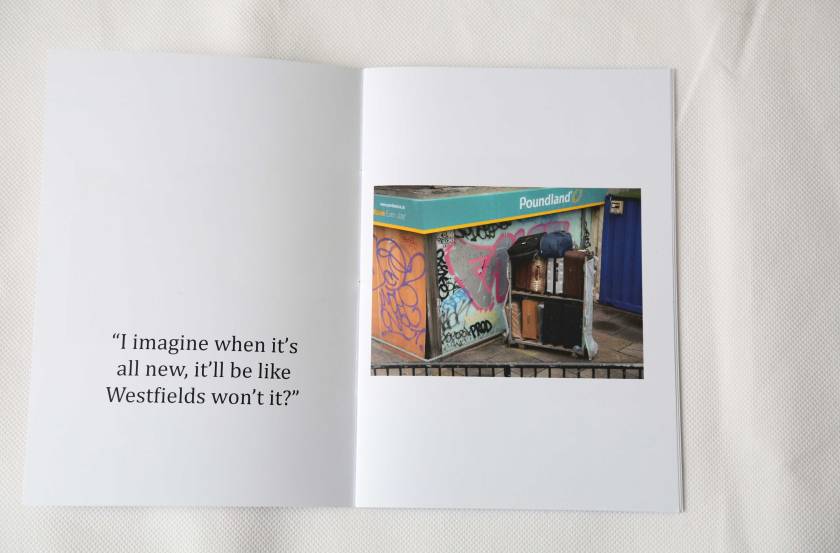 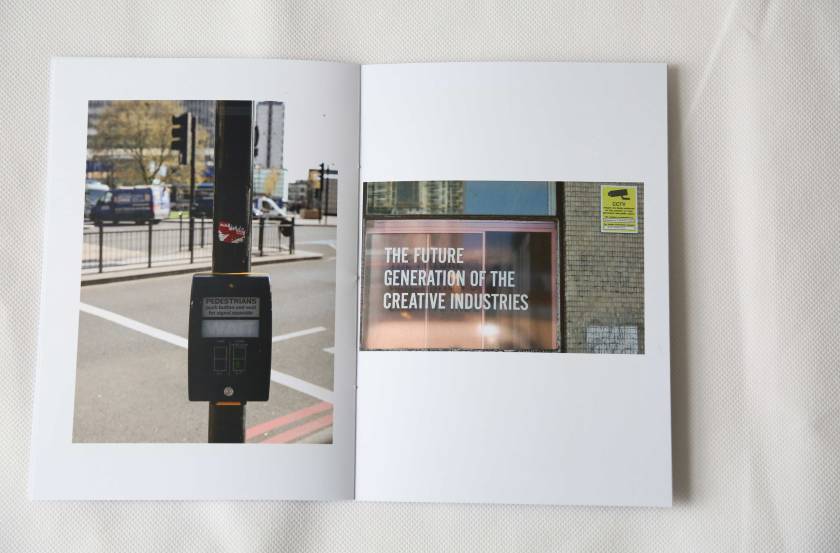 These are a few of the pages from the book and I will have an edition of 250 (yes I have chosen to hand make 250 books) They will be on sale at our pop up shop (see the enigma 31 Instagram page for the details and other fabulous books that are also on sale) and also in my Etsy store if you are interested in purchasing one!

Last year, as part of one of our modules, we got to carry out a commissioned photography project for our university.

Working on a commissioned project means a company or brand pay you to take photographs for them. It is very much a collaboration of ideas with the company instructing you with what they vision but with you as a photographer inputting your own creative ideas and style.

The London South Bank University is made up of seven schools and as a class we were split into seven groups to each represent one of the schools. Our job was to get to know students from each school and produce some photography work that could be displayed around the university to showcase what they do.

We were not paid for the project but we were given a budget to produce the work which meant we could be a bit more creative with the amount of photos and the way they were to be displayed. I worked with the school of Arts and Creative Industries and we specifically focused on drama and performance.

The drama students we worked with were creating their own version of Matilda and throughout the semester we sat in on their classes to get to know them and the characters they would be playing. Our idea was to create some documentary images of them during rehearsals, some portrait photos and a panorama of the final performance.

The final outcomes were not far off our original idea. I really liked the portraits as they were taken in character and we decided that the backdrop would be somewhere outside the drama studio because they don’t spend all of their time in there. During the dress rehearsal we got some really colourful shots of them in the act and thought these worked better than the documentary images. We did create a panorama but this had to be done with a different set of students and although it was last minute it came out looking great. Unfortunately it wasn’t up in our exhibition as it was printed on vinyl to be stuck to a curved wall and once it is up it cannot be removed so we are waiting for it to be installed in its place outside the drama studios.

The whole project took a few months to produce and was pretty stressful, there were times when we thought we wouldn’t have any images as so many technical problems and time management issues came up but we were really pleased with the final outcome and cant wait to see all the pictures displayed around the university.

Some of the other projects included work with the schools of 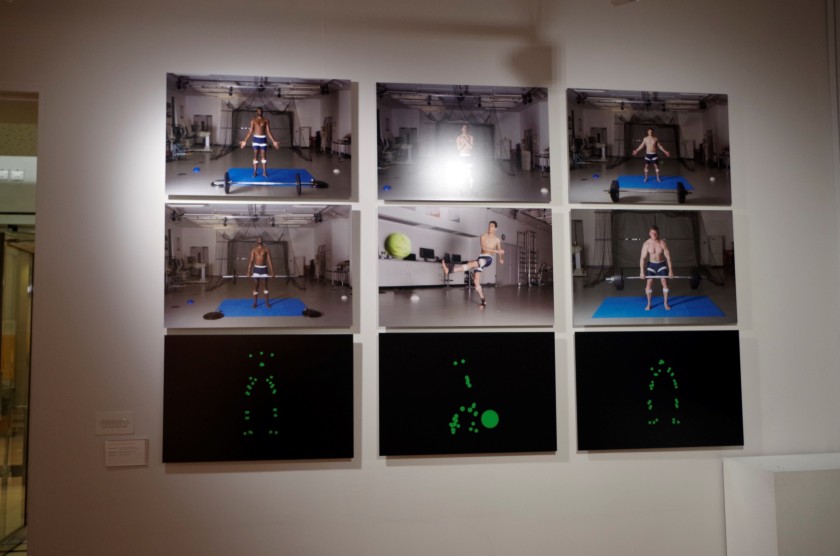 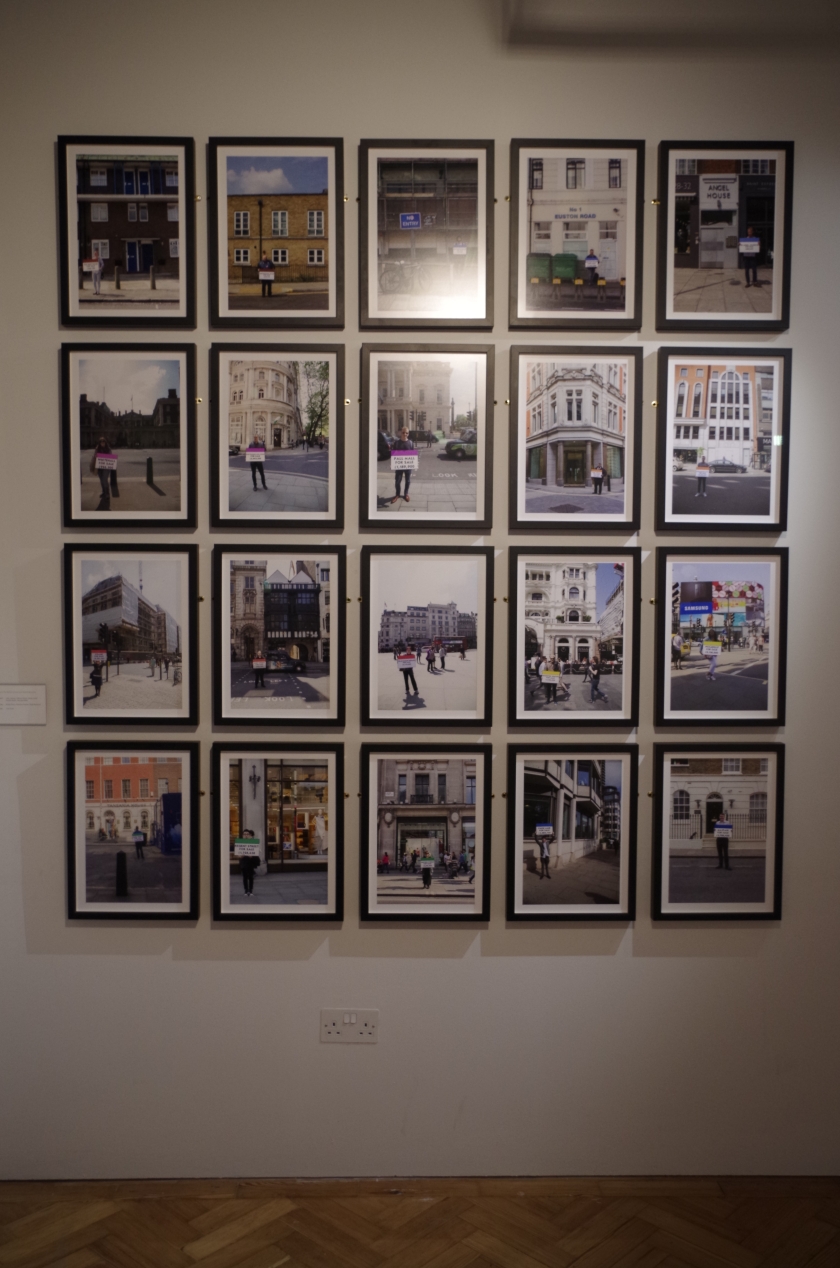 This is just a few of the pieces that were made and I am so impressed that we managed such high standards of work as first year students! (that last image is of a dummy that is used in the health and social care department, not a real baby)

We are putting on another exhibition of our work as individuals from this semester that will take place from 14th – 17th December at the Cob Gallery in Camden so if you’re in the area then be sure to pop in and see what we have been working on!

I’m not really a big fan of autumn, if I’m honest it is probably my least favourite season (only behind winter because that has Christmas!) but I do like to take a stroll and appreciate all the autumnal colours.

I am a Londoner and have lived all over the city but there are so many parts that I am yet to explore. On a recent visit to Notting Hill I came across Avondale park. It is one that I have never heard of before, probably because it is quite small and more of a community park than one that has an influx of visitors.

The park wasn’t very busy although I can imagine that when school finishes it is probably full of kids as it has a great range of climbing equipment suitable for all ages and a picnic area where parents can enjoy a hot drink while the kids play.

I really like the modern structure that houses the toilets and a small tuck shop, the wooden design compliments the rest of the park without looking too out of place. 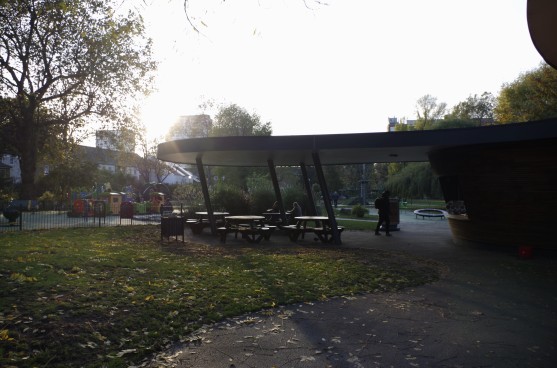 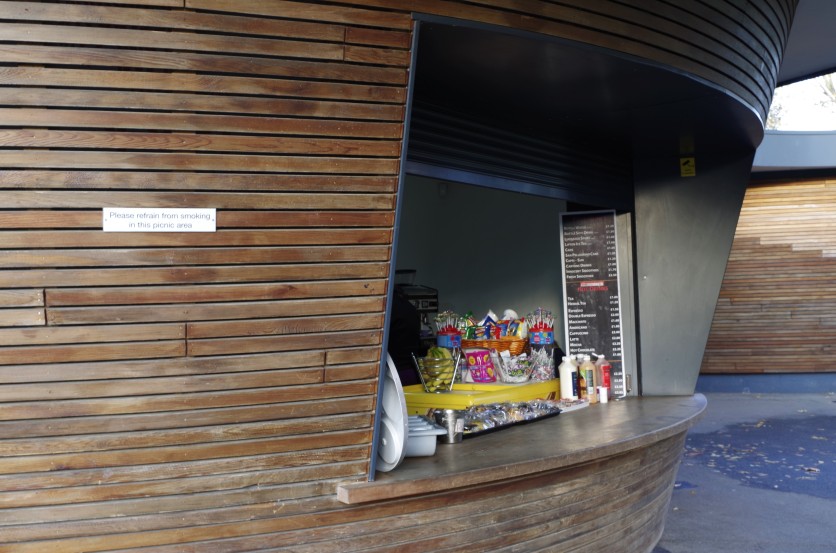 END_OF_DOCUMENT_TOKEN_TO_BE_REPLACED

Instagram is one of my favourite social media platforms and I would love to make my feed a bit more colourful so I have decided to start a new Instagram community called colour seekers.

I already have the #ohprettycity community on my Oh Pretty City Instagram page where you can hashtag pretty pictures of the city you live in (feel free to come and join in) but I would like to add #colourseekers to my Oh Pretty Prints Instagram page.

I am going to focus on a different colour each week starting on a Monday and share some of my favourites for the week on the Sunday. It is not a competition, just a fun way to share colourful photos as the grey days draw in.

If you are Instagram crazy and looking for a new hashtag to join in with then come and follow my page and get tagging!

A few colourful pics to get us started…